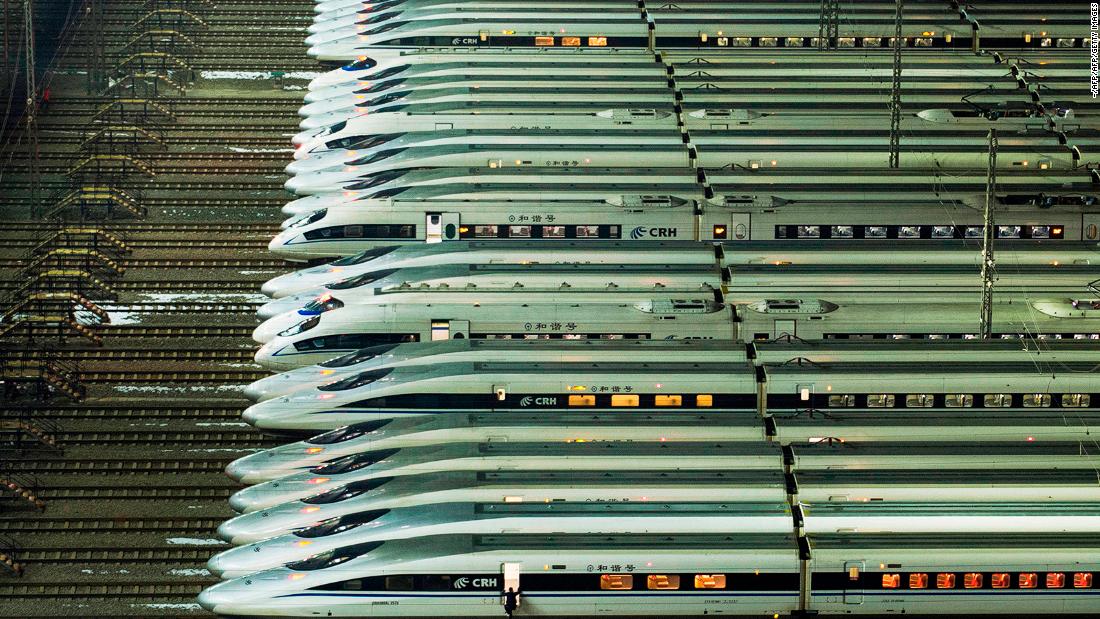 (CNN) — For many, Wuhan was an unfamiliar word until this month, when the Chinese city was thrust into the spotlight as word of the outbreak of the deadly coronavirus hit headlines around the world. Where is Wuhan?With a population of more than 11 million people according to government figures, Wuhan is the capital city of Hubei province and the biggest city in China’s central region. Located on the Yangtze River, it’s about 800 kilometers (about 500 miles) west of Shanghai, or a four-hour ride by high-speed railway.The city, spanning 8,494 square kilometers, has played a major role in the government’s plan to rejuvenate the nation’s central region for more than a decade. The transportation capital of ChinaWuhan’s high-speed railway maintenance centre is one of just four in the country. -/AFP/AFP/Getty ImagesThanks to its prime location, Wuhan is often referred to as “jiu sheng tong qu,” meaning it’s considered the main thoroughfare of nine provinces.In addition to conventional railway networks, Wuhan is one of the stops on two of the main long-haul high-speed railway lines: Beijing-Guangzhou (from north to south) and Shanghai-Chengdu high-speed railway (from east to west).It’s also home to one of just four major train maintenance centers in the country.Turning to aviation, Wuhan Tianhe International Airport is the only airport in the mid-China region to have direct flights to five different continents.According to data from aviation website Flightconnections.com, Wuhan Airport services non-stop scheduled passenger flights to 109 destinations in 20 countries. These include major cities like London, Moscow, Paris, Rome, New York, San Francisco, Bangkok, Tokyo and Seoul.Wuhan to shut temporarilyOn January 23, government officials announced the temporary closure of Wuhan’s airport and railway stations.All train tickets in and out of Wuhan have also been suspended, while multiple international airlines have canceled flights to the city.All public transport services are suspended until further notice. This is expected to create a lot of chaos as China is now in the middle of Chunyun, or the Spring Festival travel rush. Some 3 billion trips were expected to be made among Chinese people visiting their families to celebrate Lunar New Year — many of those journeys passing through Wuhan. A rising business center, tourist destinationWuhan is a major manufacturing city in China with a heavy focus on automobile and medical equipment: Bosch and PSA both relocated their China headquarters to Wuhan recently.But the city’s historical importance can be traced back more than 3,000 years. Wuhan is listed as one of the Famous Historical and Culture Cities by the state and is home to the ruins of Panlong City. The archaeological site, discovered in the 1950s, includes graves and palace foundations of the ancient walled town from Shang dynasty (1600-1046BC). It was where the Xinhai Revolution broke out in 1911, leading to the overthrow of China’s imperial system.In addition to historical attractions, travelers visit Wuhan for its natural scenery such as Mulan Mountain, a sacred mountain area for both Taoist and Buddhist believers. Wuhan is also a popular jumping off point for those exploring the Three Gorges Dam Scenic Area, which is about 400 kilometers west of the city. Many travelers going on Yangtze River cruises begin their trips in or near Wuhan.