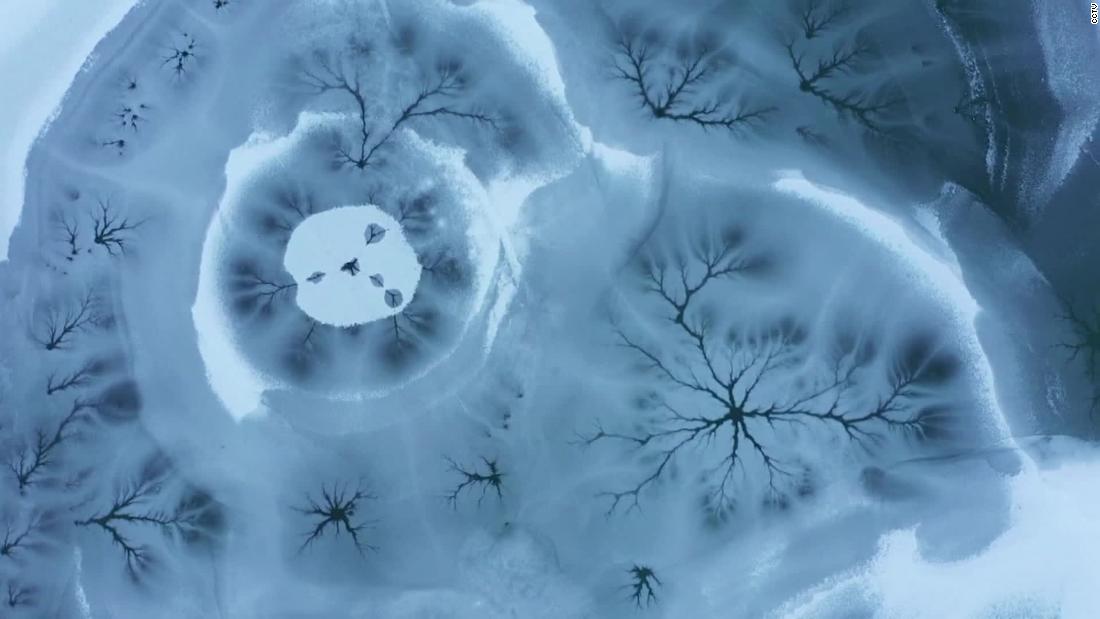 (CNN) — This drone footage captured over a frozen lake in northwest China looks like the inside of a kaleidoscope. The breathtaking views from CNN affiliate CCTV show the top layer of ice on Butterfly Lake in China’s Xinjiang Uygur Autonomous Region on January 17.CCTVThe cracks resemble tree branches but turn into spooky silhouettes with the icy blue and white hues of the frozen lake. A bird’s eye view shows the massive size of the cracks, with the spin of the drone above, the lake transforms into the childhood toy that mirrors images. Shaped like a butterfly, the manmade like has a pedestrian bridge down the middle, lined with snow-covered foliage.CCTVCCTV reported that the cracks in the ice often occur following sudden temperature drops.It was below freezing on that day in January, which is normal for the region, according to CNN Weather.CCTV The recorded temperature in the early morning was 16 degrees with a high of 32 degrees. It dropped back down to 14 degrees in a few hours and the next day, the temperature was zero.

Amsterdam’s red-light district: What it’s like to live there