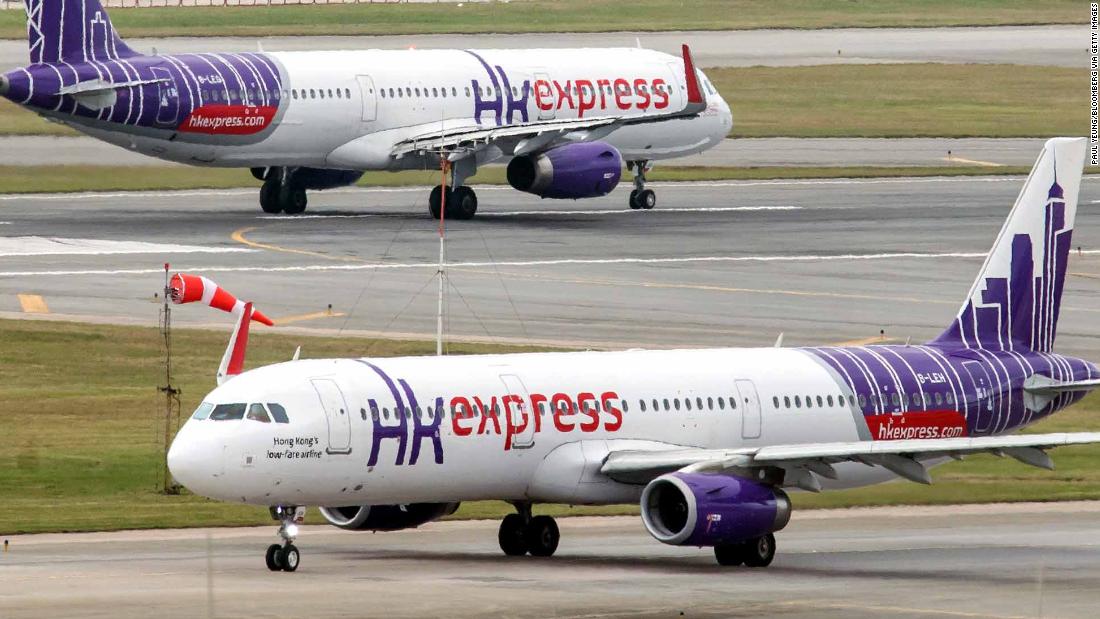 Hong Kong (CNN) — A Hong Kong-based airline has apologized after it demanded a passenger take a test to prove she was not pregnant before boarding a flight to the US Pacific island of Saipan.Low-cost carrier Hong Kong Express came under criticism after a 25-year-old Japanese woman said airline staff required her to take a “fit-to-fly” assessment, which included a pregnancy test, when she was checking in for a flight at Hong Kong International Airport. “It was very humiliating and frustrating,” she told the Wall Street Journal, adding that the airline indicated the test was required for women “observed to have a body size or shape resembling a pregnant woman.”The report said airline staff then escorted her to a washroom and handed her a pregnancy test, barring her from boarding until the test came back negative.”We would like to apologize for the distress caused,” the airline, which was acquired by Cathay Pacific in July last year, said in a statement to CNN.Hong Kong Express has apologized for making a woman take a pregnancy test.Paul Yeung/Bloomberg via Getty ImagesThe statement said the airline was under pressure from authorities in Saipan to step up checks on passengers. “We took actions on flights to Saipan from February 2019 to help ensure US immigration laws were not being undermined,” it said.”Under our new management, we recognize the significant concerns this practice has caused. We have immediately suspended the practice while we review it.”Birth tourismSaipan, part of the US commonwealth of Northern Mariana Islands, has emerged as a favorite destination for “birth tourism” — the practice of foreign nationals giving birth on US soil to ensure their babies become American citizens. This is largely due to its distinct immigration policy from the US mainland, which allows citizens from some countries, such as China, to visit without a visa, even though they would need one for other parts of America.In recent years, birth tourism has become so rampant in the commonwealth that more babies are born to tourists than its permanent residents. In 2018, tourists gave birth to 582 babies on the islands, while only 492 were born to permanent residents, according to figures from the Northern Mariana Health and Vital Statistics Office. Chinese tourists accounted for most of the births — of the 582 that year, 575 involved Chinese citizens.The Northern Mariana Islands had a population of just over 50,000, according to US Census estimates in 2018.The popularity of birth tourism in Saipan has prompted authorities to take action, such as putting pressures on airlines to screen passengers. In July, the commonwealth’s House of Representatives also passed a resolution seeking to limit birthright citizenship on the islands.In the US, the legal principle of jus soli automatically confers citizenship upon babies born on US soil. While there is no federal law banning tourists who are pregnant from entering the US or giving birth in the country, the country has previously arrested individuals who ran “birth tourism” operations over conspiracy to commit immigration fraud and visa fraud.