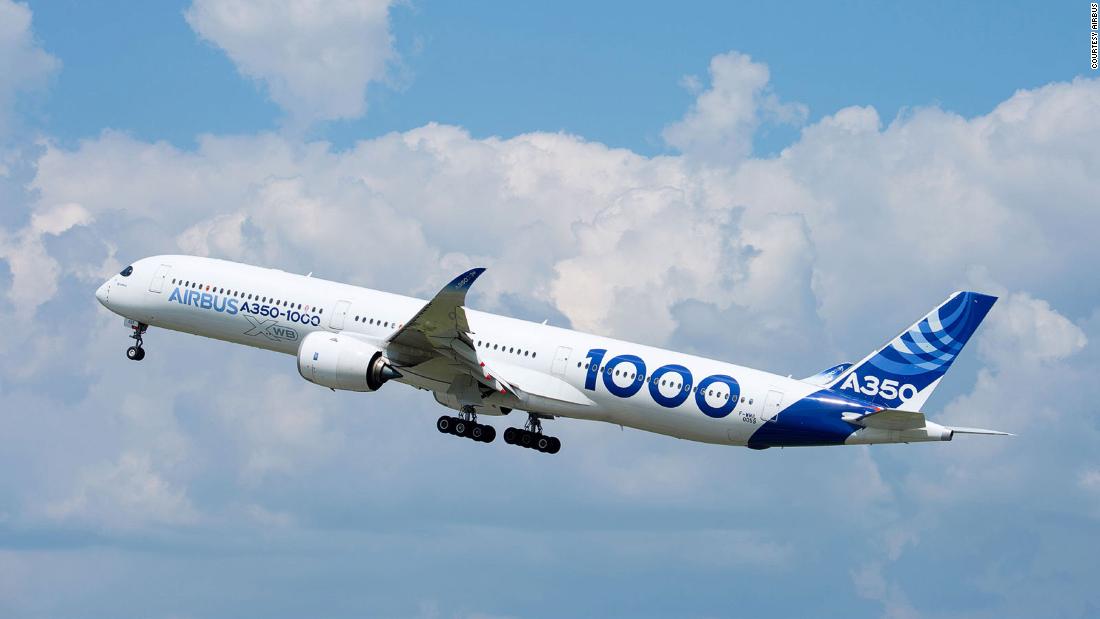 (CNN) — The concept of pilotless commercial jet flight has been bandied about for years.But while the technology has been there, there’s been little concrete evidence to suggest autonomous flying could ever really get off the ground — until now.Airbus has confirmed one of its test aircraft took off automatically at Toulouse-Blagnac airport in France last December.The European aerospace company conducted a series of successful tests on autopilot last month, with two pilots on standby.According to Airbus, the A350-1000 achieved eight automatic takeoffs over a period of four and a half hours. “While completing alignment on the runway, waiting for clearance from air traffic control, we engaged the autopilot,” Airbus test pilot Captain Yann Beaufils explained in a statement. “We moved the throttle levers to the takeoff setting and we monitored the aircraft. It started to move and accelerate automatically maintaining the runway center line, at the exact rotation speed as entered in the system.”Automatic takeoffAirbus successfully performed the first fully automatic vision-based takeoff at Toulouse-Blagnac airport in France.Courtesy Airbus”The nose of the aircraft began to lift up automatically to take the expected takeoff pitch value and a few seconds later we were airborne.”In an video released by Airbus, one of the pilots is seen with his hands away from the controls as the A350-1000 successfully takes off.This was achieved via new image recognition technology installed directly on the aircraft, rather than an Instrument Landing System (ILS), which sends radio waves up from the runway, providing pilots with vertical and horizontal guidance.Airbus says it also plans to trial automatic vision-based taxi and landing sequences later this year.In fact, the notion has often been cited as a solution for pilot shortages as well as a way to cut costs.At present, commercial flights already land with the assistance of on-board computers, with pilots manually flying the aircraft for just a few minutes on average.However, many have raised concerns about the safety of pilotless planes, particularly after the two Boeing 737 MAX jet crashes of 2019, which have been linked to a software issue.”This is not a matter of technology — it’s a matter of interaction with the regulators, the perception in the traveling public,” Christian Scherer, chief commercial officer for Airbus, told the Associated Press last June when questioned about the possibility of pilotless planes.He added that the Boeing disasters “highlighted and underlined the need for absolute, uncompromising safety in this industry, whether from Airbus, Boeing or any other plane.”Today, it seems Airbus’ position on the subject remains the same. Despite the success of its test flights and subsequent plans for future tests, they say their mission isn’t to “move ahead with autonomy as a target in itself.”While analyzing the potential of such technologies will help to “improve flight operations and overall aircraft performance,” pilots will stay “at the heart of operations,” according to a statement from the company.”Autonomous technologies are paramount to supporting pilots, enabling them to focus less on aircraft operation and more on strategic decision-making and mission management,” it concludes.Current air traffic laws in much of the world require “four-eye-rule” in the cockpit. This means two pilots must be present at all times. If one requires a break, the other must be ready to step in and take their place.Even with these recent developments, it’s safe to say the possibility of the regulations changing is still some way off.

Eastern Airlines returns to the sky